Its time for this lying, psychotic bitch to get the #$%^ off the stage and check into the geriatric ward... Or prison. Shes done so much shit in just the last 6 months its absolutely staggering. She blackmailed the dips at the FBI to clear her of charges on the email scandal, behaviour which is still being investigated by trey gowdy. She bribed the democratic national committee to knock bernie sanders out of the running: Then when information about this was leaked by sources within the DNC, she orders a hit on the man responsible and blamed the leak on russian hacking. LOLWUT?! Hillary lied through her teeth about her brain damage and pill addiction, while encouraging her cronys to go after dr drew who rightly called BS on that. Humorously, she then collapsed on the streets of NYC (a freudian slip for the traitor), later covering it up with fictitious claims of pneumonia. Clinton accuses her opponents of creating wild conspiracy theorys, even though she is more guilty of this than anyone else. Then she goes before national television and claims that donald trump is a thief, forgetting how she pocketed up to $200,000 worth of goods from the white house after her husband vacated it back in 2001 (and was forced to return it after a court demand). And now, clinton wants to follow in the foot steps of the marxist bitch angela merkel and import a million 3rd world immigrants into the U.S. Even though the vast majority want to establish sharia law, and continue massacring homosexuals like they did in the pulse nightclub. How stupid can these people get?! Whats more disturbing is the mainstream medias failure to hold her accountable for these scandals: Some of them are pushing narratives that border on outright propaganda, while google is censoring bad information about her. This dangerous collusion needs to stop. Its time for american citizens to end this farcical campaign of hers and chuck hillary in prison. No more criminals in chief. No more toadys for the international bankers. 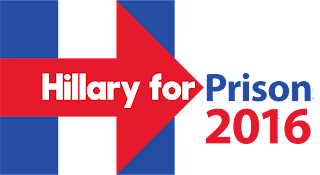 Kick her in the ass, donald! Kick
hillary right to the goddamn curb
Posted by kesler12 at 21:26 2 comments: