Before the release of a 3rd movie, the terminator films were among the best science fiction/action movies ever made. They had so many factors in their favor, its hard to even elaborate: Mind blowing action scenes, piercing music, suspense, horror, mans usurpation by his machines, and pre-destination paradoxs (the most important and least understood element in the terminator ethos).

In the 1st film, we discover that mankind has been engaged in a brutal war for survival against a machine superintelligence known as skynet. The human resistance, led by john connor, are ultimately victorious. But skynet, in a last twisted act of revenge, sends a series 800 terminator back through time to kill johns mother, before she has even conceived him. With their top general erased from existence, the war will retroactively take a different course. The resistance learns of this plot and send back an operative, kyle reese, to track down sarah connor and protect her. A tense game of cat and mouse unfolds between the humans and the machine assassin. After a high speed chase, they are captured by police and taken into custody. The terminator reappears at the police station and slaughters everyone while trying to reacquire sarah, but she is able to escape with reeses help. The pair develop feelings for each other, eventually making love while at a hotel. In a stunning turn of events, both sides utterly fail to change history. The terminator is destroyed and kyle is killed. But in the process, both time travellers lay down the seeds of the future: Sarah becomes pregnant with reeses child, and the terminators wreckage fall into the hands of cyberdyne. Thus, audiences are left with a fascinating grandfather paradox, whereby john connor and skynet essentially create themselves, guaranteeing the dark future will come to pass.

In the 2nd film, sarah connor has been interned in a mental institution after trying to blow up a building owned by cyberdyne. As a result, john has been separated from her and placed in foster care, turning into a juvenile delinquent. Unbenownst to either of them, another machine assassin sent by skynet makes its arrival. This terminator, a more advanced 1000 series, begins searching the city for its target. But as before, the resistance was able to send an operative through time, a reprogrammed series 800 terminator. The T800 is able to rescue john from the T1000, break sarah out of the hospital, and safely escort the pair to mexico. By this time, however, sarah is overcome with a fierce desire to change the future. She tracks down miles dyson, the lead engineer for cyberdyne: His work centers on a radical type of microprocessor that will eventually be used in the skynet project. Though sarah initially trys to kill him, john and the T800 arrive in time to stop her, and inform dyson of the terrible ramifications his research will have. With his assistance, they decide to enter cyberdyne headquarters and destroy all records of their work. The T1000 reacquires john and sarah, and in a running battle, they wind up in a steel foundry. After a climatic showdown between the two terminators, the T1000 is destroyed. Using its newfound free will, the T800 decides to deactivate itself as well, to prevent humanity from collecting the technology that leads to skynets creation. 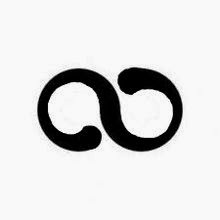 Skynet and john connor created a time loop,
a figure 8 that bent back on and fed into itself

Most people did not realise that within the 2nd film, james cameron had made a fatal error: He changed the timeline his own story was set in. By destroying cyberdynes main research building, he disrupted the chain of events which led to skynets activation in 1997. Thus, judgement day and the ensuing war (if they happen at all) unfold in an entirely different manner, which influences the environment that reese and the terminators originate from. And if the time travellers are disrupted, they cannot go back in time to do the things which affected themselves! Thats why we must abide by the novikov self consistency principle. Although the 1st movie had a a single immutable timeline, the 2nd movie hinted at the existence of multiple timelines. This opened up too much room for speculation and misinterpretation, and left the series vulnerable to misdirection. The crisis was compounded when james cameron relinquished his franchise rights, which then fell into the laps of some bumbling idiots who produced the abortion that was terminator 3. Chris shields has done a hilarious job of lampooning that movies many flaws and sloppy writing here and here. Ignoring the predestination paradox is part of the reason why the terminator franchise has declined in quality, and slided further and further away from the premise of the 1st movie.

Unfortunately, we have no one to blame for this but james cameron himself. Brilliant a film-maker though he was, the decision to include a 'no fate but what we make for ourselves' theme was not very well thought out. He should have known that multiple timelines lead to incoherence and disaster. Choosing not to immediately follow up with a 3rd movie was another lapse in judgement. Cameron waited so long to make it that he lost momentum, got frustrated, and essentially gave up. When the franchise landed in the laps of people like john brancato and michael ferris, it was essentially game over. And this is the truth of the matter: If james cameron had been feeling truly ambitious, he could have shot two movies back to back: Terminator 2, taking place in 1995, and terminator 3, taking place in 2029. Having the 3rd movie laid out like a prequel (with john connor and kyle reese as the lead characters) would have been a real game changer, and cameron had the technical skills to make it happen! Doing it that way would enable audiences to see both ends of the time loop, and reveal the before-and-after mysterys of the time displacement event. Terminator 1 and 2 would reveal what happened when reese and the terminators arrived at their destinations, while terminator 3 would show what led to them even being sent in the 1st place.

Releasing both movies a year or so apart would have the interesting consequence of forcing the public to accept the concept of meta-time in which everything happens simultaneously. The prequel could have started with the launch of skynet, showing the teething problems of the computer system, and how it deviated further and further away from its programming. Eventually, as the machine ponders on the inconsistent nature of its orders, the military would realise that it has become self aware. Audiences would then treated to a dramatic scene like this: 'The designers and technical staff panicked. More calls were made to the highest levels, officials which operated on the barest of information and had to make critical decisions. Blame and responsibility were passed along as far and as fast as they could. A decision was made, the order was given; pull the plug. The support teams began trying to shut down SKYNET.' Afterwards, the superintelligence hits back against its controllers, seals itself off from the world, and sets judgement day into motion. Thus would the stage be set for a full hour and a half of the awesome conflict that raged between man and his creations, the war that we had only ever seen brief, tantalising glimpses of. What might have been...