The practise of infiltration began in WW1 when the german army sought a way to break the deadlock of trench warfare, without incurring the huge casualtys that would result from conventional infantry charges. This would entail a significant shift in how the enemy force was confronted. Rather than sending a large force of men against the most formidable defensive positions (in a bid to break the enemys back), the germans would use specially trained pioneer formations, who would make low profile attacks against soft spots in the enemy lines and occupy them. This avoided a high level response from allied command. The premium here was on mobility, stealth, and combined arms tactics. Divided into single squads, and approaching enemy lines by creeping along terrain features, the men were instructed not to open fire until they had already penetrated into the enemy trenchs. Upon the seizure of the position, the men would hold their ground and set up a base of operations for follow up forces. In this way, the pioneers acted as a foothold which would enable german reserves to safely flood into enemy lines, and launch a wider attack against the allys.

But contrary to popular belief, infiltration is not something used solely by land forces. It has applications in the air forces as well. Although the details of application differ, the overall motive remains the same. Strike platforms will approach as closely as possible to the objective using whatever means of concealment are available: Once they get into range of the respective target, the platform will dispense with its cover and lash out at it with every weapon on hand. Retrieval methods of the strike platform have varied throughout history, but with the advent of remote control, the platform can for all intents and purposes be disposable. With no need to put skilled pilots in harms way, the aircraft can be self destructed after its mission is completed. Aerial infiltration is a viable practise when the target in question is deep behind enemy lines, and the air defenses are capable of repelling or attiring KNOWN hostiles. The key to success, therefore, is to keep their origins UNKNOWN for as long as possible. Under this minimalist definition, we can see that aerial infiltration actually has a fairly long history of employment in various armed forces.

For example, it was independently adopted on at least two separate occasions by pilots of the italian air force. Entirely on their own initiative, these men managed to acquire captured p-38 fighters: This enabled them to masquerade as a friendly aircraft, and fly into the middle of allied bomber formations without raising suspicions. Once they got within weapons range of a particular aircraft, the men would open fire and shoot down bombers, then fleeing from the formation before the other planes could get their wits and mount a counter attack. Such missions were risky, but the payoff was worth it, given the effect on morale it had amongst the allys. Some german units like kampfgeschwader 200 actually specialised in this trojan horse tactic, using captured allied planes to penetrate into rear areas without having to face interception. Most of their missions were limited to resupply of special forces units, suppression of air defenses, or to harassment bombing (though there were a few bizarre reports of lone b-17s following allied bomber squadrons at a distance, apparently reporting on their behaviour).

Aerial infiltration has seen even more vigorous use in recent times. In the prelude to the bay of pigs invasion, a gaggle of b-26 bombers crewed by cuban exiles (and sponsored by the CIA) managed to bluff their way through cuban air defenses, giving them the chance to launch a pre-emptive attack on three separate airfields. Masquerading as FAR (fuerza aerea revolucionari) aircraft, the exiles penetrated 200 km into cuban territory and carried out strafing runs, before retreating along pre planned flight paths. This strategy was done to foster the impression that the attack was planned by disgruntled cuban officers, who were planning to launch a cout de eta against fidel castro. The CIA decided on this course of action because a psychological impact was needed to fluster castro, and also because they needed to create plausible deniability for themselves. Since no one knew at the time where the planes had been launched from, and one of the b-26 pilots had later defected to the americans in a staged media event, the coup de eta assumption was readily accepted.

A map for the BOP invasion

The zionist air force also used aerial infiltration during its operation opera, which was aimed at destroying iraqs fledgling nuclear program. Faced with the daunting problem of having to cross the air space of two unfriendly nations, jordan and saudi arabia, before they could even hope to reach iraqi air space, they needed to think outside the box. With a dozen f-15 and f-16 fighters in the air (split into two groups), they would need to fool the jordanians into thinking they were saudi arabians, and then convince the saudi arabians that they were iraqis! Doing this would give them a clear path through each country, and into iraq. The israeli pilots had several ways through which this ruse could be facilitated. Included in the formation were three men who could speak flawless arabic: One who did so in a jordanian accent, one with a saudi accent,  and one with an iraqi accent. The pilots were also trained to use formations and radio traffic specific to each country, and to manipulate their transponder signals. Needless to say, the mission was a complete success, and the osirak reactor was destroyed, although the international community was outraged at israels cowardly attack.

The use of purely passive measures to bypass enemy air defenses and strike high value targets is an interesting foot note in the annals of warfare. Given the ease with which it could be adapted to executing false flag attacks, as we saw in operation northwoods (which has many similaritys to the 911 attacks), this practise deserves further study by anyone interested in law and justice.
Posted by kesler12 at 20:34 No comments: 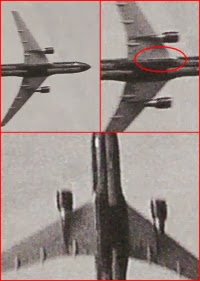 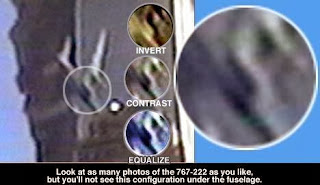 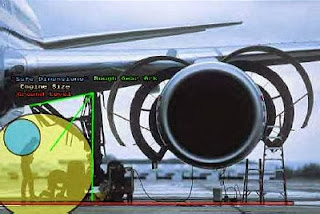 Its imprint on WTC 2 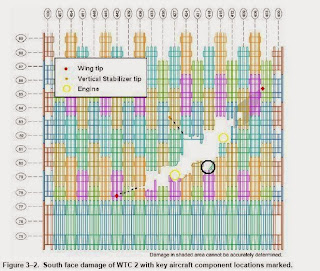 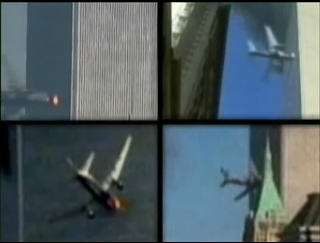 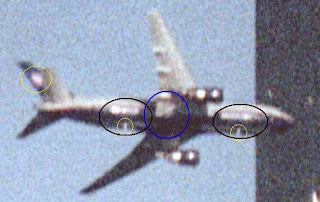