Well, it looks like 2013 is going to be a very fortuitous year for me. As you undoubtedly know by now, I posted a list of objectives for myself that I wanted to complete for the new year. Through an enormous amount of willpower, I managed to get half of these public goals (as well as a number of private ones I did not list) accomplished! Geese, only two months in to 2013, and my list is already getting outdated... But, its definitely nothing to complain to complain about. The NWO is escalating its efforts to wrest control away from the people, and I am now in the privileged position where, after being a hapless bystander to their crimes for two years, I can offer significant resistance to them. I hope for all the world that you, my loyal audience, will recognise this fact and throw your support behind me.

I have now identified many routes of action which will help contribute to the establishments decline. If you are interested in participating in these various campaigns, then read on! Now, this revised list is going to contain some ideas I have about how to take this fight to the next level. Those of us who identify as patriots need to start getting more active in undermining this wayward system of ours. That means taking our money out of big banks, short changing the government on taxes, and informing our fellow citizens on the dangerous course taken by our supreme leaders. I'm also going to try and resist the temptation to shoehorn in my own personal goals, such as finding a steady job (none of that seasonal shit!), balancing my painful debts, improving my writing style, upping my front squat and bench press, and pwning newbs on youtube. I spend way too much time on that lastpart, anyway. 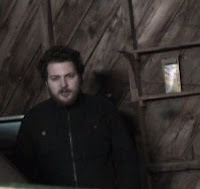 
Carry out a money bomb to support alternative media

This is something I've been considering for a couple of months. I've determined that a big part of defeating the NWO is providing a counter to the intellectual garbage put out by state media. There are alot of small, 2-3-4 person news outlets that are honest and hard working, but don't get the love and respect they deserve. I would like to help change that. By the end of the year, I am hoping that I can set up some basic fundraising that will provide donations to small media groups, like adam versus the man, boiling frogs post, etc. I've never done anything of this nature before, so there will be alot of mis steps involved in this effort, and even if it does end up succeeding, the financial contributions will only be modest. Probably not much more than 2000$ or so. Not much, but its a good start (especially for outlets that have no working budget at all)! Again, nothing too complicated at this point, but these sorts of funds are sorely needed by the alternative media. Anyone who has some advice to contribute is welcome to get in contact with me!

This is a highly speculative mission that probably will probably blow up in my face, but I just thought the idea was so cool! I originally had heard jeremy rys talking about this a while back, and I wondered why nobody had attempted it before. Many of the blue prints for doctor teslas designs can still be found today, and the temptation to build these devices and test their utility is nearly overwhelming. Even if we can't get an office set up in my area, I would be thrilled to know that there was a facility somewhere (run by honest men and women, working in their spare time) actually trying to do this stuff! The completion of such a shop would be like a slap in the face to big oil, who had an infamous feud with nicola tesla and his acolytes, who were working on some free energy devices, or at least devices which were much cheaper than fossil fuels.

I am definitely going to need to get in touch with some organisations that have experience in setting up non-profit work shops like this, and see what the potential challenges and pit falls are. Once that all gets worked out, then the next step will be finding the kindof people who have the experience necessary to get an operation like this off the ground, and find them a suitable location on which they can do so! I'm no gearhead, or even a big tesla fan, but come on, this has got to be one of the coolest concepts that have been put out there in the last few years. I would absolutely love to get involved with a project as crazy as this. If nothing else, it would look damn good on my portfolio :)  Just think about it... I could have a loudspeaker set out in the garage, a hot tub and barbecue in the backyard, order around people much more experienced than me. Mmmmm.

Pretty self explanatory. There is a disappointing absence of libertarians, anarchists, and truthers in these online civil rights networks. Some of them, like avaaz, are alleged to be under zionist influence. That must change some day. These movements can be a major source of influence on minor issues, and we need to be able to leverage that kind of soft power in some shape or form. It won't stop the globalists from building their FEMA camps, from stealing billions of taxpayer dollars every day, and from continuing to occupy foreign countrys, but have no mistake: The ability to unite millions of people together on a single issue is something that we patriots are badly in need of. Right now, these networks are wasting their influence on petty issues like gay rights, forrest preservation, and insurance fraud... It is time that we embark on a campaign to move our leaders into a position of influence amongst these misguided groups.

Get involved with local politics

Many political analysts have commented (in exasperation) on just how corrupt the federal government has become. Speaking for myself, I would not use the word 'corrupt' so much as 'completely infiltrated by private interests.' Americans have been subjected to the most outrageous and petty restrictions you can imagine, with people being arrested for growing gardens, for resisting TSA genital groping, and displaying (pink) bubble guns at a demonstration! This is worse than what nazi germans had to put up with, for christ sakes. If you are a popular guy or gal, gather your friends together and get involved in county and state elections. Pick a party that is as pro-liberty as possible, even if they have a laughable chance at actually winning. If we want to undoe the parasitic infection of america, we need to start one state at a time, ensuring that our communitys resources do not get placed in the hands of an anti-constitutional scumbag.
Posted by kesler12 at 21:11 No comments: