Paradox of the machine gun

One of the most famous weapons of the second world war was the MG 42 machine gun, employed by the German army. It was a weapon with a fearsome reputation among Allied troops. The MG 42 was based on the archetypical MG 34, considered by many to be the first general purpose machine gun. It could serve as a light machine gun when using a bipod, or a heavy machine gun where using a tripod. Compared to other weapons of the time, the belt fed MG 42 not only had a higher cyclic rate of fire (at a rate of 1200-1500 rpm), but a higher sustained rate of fire as well. The wall of lead that came out of the gun barrel left a deep mark on many Allied soldiers. The MG 42 made prominent appearances in many memoirs and history books. What many don't seem to have considered is why the German army selected a machine gun with such an unusually high rate of fire. It went against their strict doctrine of ammo conservation, which demanded that a weapons cyclic fire rate be kept artificially low (so that even during a mad minute, ammunition expenditures would be sustainable).

Most sources on this matter will assert: ''The high rate of fire resulted from experiments with preceding weapons that concluded that since a soldier only has a short period of time to shoot at an enemy, it was imperative to fire the highest number of bullets possible to increase the likelihood of a hit... The disadvantage of applying this principle was that the weapon consumed exorbitant amounts of ammunition and quickly overheated its barrel, making sustained fire problematic.'' Or this: ''The Germans however came to the conclusion that a soldier in combat only fires when he sees the enemy and has but a few seconds to do so, taking this as a medium for all combatants they deemed it was he who fired an increased amount of bullets had an increased chance of a kill.'' But is there any truth to these explanations? An essay penned by our resident military guru, Jim Storr, suggest there is a completely different criterion that is not being accounted for.

Pondering the vast number of rounds per kill that are expended over the course of an engagement, like the notorious 250,000 bullets per KIA in Iraq and Afghanistan, Storr suggests that something is interfering with a modern armys ability to employ small arms fire. This goes beyond things like stress and return fire making our troops accuracy levels decreases. Indeed, even if we accept that most of the shots fired off in a battle are done only to suppress the enemy and not to kill him (since soldiers conceal themselves, they are hard to hit), this cannot explain how a quarter million rounds are expended just to kill one soldier: The only explanation is that the suppressing fire itself is being delivered in a fundamentally incorrect manner. Back in 1944, a study carried out by the army operational research group concluded that projectiles must not only pass within a certain proximity of a human combatant, but also arrive in a certain volume before he will feel threatened enough to take cover.

These are quantifiable data points that allow us to measure how much success a weapon and its user are having in a firefight. Armed with this knowledge, a group of soldiers from the British army were sent onto the firing range to train on a new piece of equipment, the live fire intelligent target. The results showed that most rounds fired missed by too wide a margin to drive an enemy to the ground, and that ammunition was expended at too high a rate to be sustainable for more than a few minutes. Thats consistent with what we have seen of other armys engaged in armed conflict: Infantrymen are not trained to excel at the role of suppression, nor do they have the proper weapons. The training problem can be solved by offering courses like those available at the TTECG, and giving sergeants stricter protocols for fire control. Of course, this still leaves us wondering what kind of small arm is best suited to suppression. If you thought it would be a belt fed, sustained fire weapon (with a quick change barrel) like the MG 42 or minimi, Storrs response will come as a disappointment:

''The British L86 magazinefed SA 80 Light Support Weapon (LSW), with its bipod, is extremely good at suppressing targets out to 500m or more... That is principally because it is accurate enough for almost every shot fired to contribute to suppression. The L110 (Minimi) Light Machine Gun (LMG) performs far worse in such trials. At best, only the first shot of a short burst passes close enough to suppress. However, subsequent shots in that burst go anything up to 6m wide of the mark at battlefield ranges.'' There is something very important that mr Storr neglected to consider, however. And that is the combat role that infantrymen have in mind for their machine guns. In WW2, the Germans placed a greater emphasis on engaging area targets, while the British focused on suppressing point targets. Not surprisingly, they both selected very different weapons prior to entering the war. The MG 42s wide cone of fire enabled it to suppress groups, while the bren guns narrow cone of fire enabled it to suppress individuals. Both were successful in fulfilling their combat role, but that brings another question to mind: Which philosophy (area targets vs point targets) is the correct one?

Soldier of fortune magazine provides some figures on how much ammunition was expended per enemy killed in both world wars and korea. [2] Roughly 5000 rounds were fired for every enemy KIA in WW1, whereas 25,000 rounds were fired for every enemy KIA in WW2. In the Korean war, the ammunition expenditure went up to an incredible 100,000 rounds per KIA. Thanks to this data, we can safely conclude that there is a strong correlation between force densitys and rounds per KIA. The more dispersed the enemy is, the harder they are to suppress and to hit. It seems that the old German practise of having their machine guns fire at groups (area targets) was a better compromise, and more reflective of the type of battle a soldier was likely to encounter. They got more mileage out of their MG 42s than the British did with their bren guns. There is enough empirical evidence at hand to show that a machine gun with a wide cone of fire is what is really needed, so that infantry squads can engage area targets. Using machine guns to engage point targets is counterproductive, as that is a job better suited to the rifle.

[1] Numbers, Predictions and War: Using History to Evaluate Combat Factors and Predict the Outcome of Battles, by Trevor Dupuy.

Recently, a study was released by oxford scientists on how to enhance the traumatising effects of imprisonment on criminals. These individuals, led by rebecca roache, considered various mediums for how this goal could be achieved, in order to not only increase the duration of punishment, but also its intensity. This approach is not news to me. After watching the hypercube and hellraiser back in late 2010, I determined that such exotic methods of torture would inevitably be brought to fruition within a few decades (even though the actual inventor may not be human). The amateurish enthusiasm and naivety of these researchers is quite appalling. Miss roache and her colleagues apparently have no plans to give this penalty its appropriate status: Instead of using it as a monumental deterrent of last resort akin to nuclear tipped ICBMs, they instead want this torture parcelled out to common criminals, in the foolish hope that it will help eliminate all crime. That anyone (much less tenured scientists!) thinks society can not only engage in such haphazard and profoundly evil practices, but actually benefit from it, is nothing short of amazing.


This is where the shit storm began

They don't even pause to consider the wisdom of having a punishment that meets the crime, or ask whether such inordinate sentences should only be reserved for the darkest of souls. No, they want to use it on petty criminals like magdelena luczak and mariusz krezolek, a couple who were found guilty of... Killing their son... By poes law, is this a joke? You do not apply that kind of horsepower against garden variety criminals. This treatment isn't reserved for mere rapists or killers, it is solely the forte' of those who engage in wholesale and wanton destruction of human civilisation at large. Magdelena luczak and mariusz krezolek? Don't make me laugh, they aren't even in the fu*king game. If you want to create hell pits and actually stick human beings into them, you'd better make sure that only top tier psychos like ben netenyahu or dick cheney are targeted. And even then, confinement should not be authorised unless the courts undergo the trial of the century, and prosecutors can put together an armor-plated case that leaves absolutely no stones unturned. 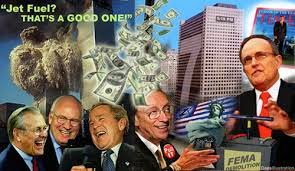 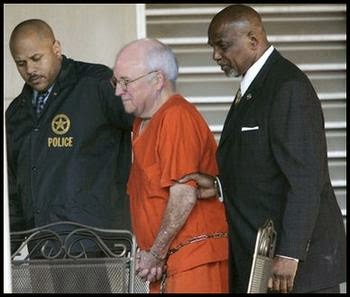 And one stupendous punishment

Hopefully, my brief diatribe can properly convey the seriousness that lies behind this question, and dispel whatever horseshit notions have been peddled by these scientists. The logical fallacys are easy to identify if you spend enough time debating feminists and their absurd belief that we could (or even should) have commitment free sex with no regard for traditional ethics. The prognosis remains the same, because the disease is identical: Moral relativism. This repellent ideology is responsible for much of the decay that we see in modern society, and it needs to be dumped in the trash where it belongs. All that aside, I can't help but wonder what will become of miss roache and her peers. By releasing such a provocative study under their own names (rather than an alias), these individuals have unknowingly nominated themselves for a darwin award. Inventors of torture devices have a  long and ugly history of being reimbursed for their hubris. Two of the most karmic/ironic examples of this are perillos of athens and joseph guillotin.


Ideally, this is how a 911 war crimes tribunal would proceed:  http://www.sxolsout.org.uk/110.html

"Ladies and gentlemen of the jury. Now that you have heard all the evidence from myself and my learned friends you will shortly retire to consider your verdict. The United States Of America must now wash it's hands of these vile, sadistic mass-murderers. America must now move on. The sooner we can forget George W. Bush ever existed the happier the whole wide world will be. I ask you now to find the accused. Bush, Cheney, Rumsfeld, Rice and their ninety-two main conspirators. Guilty on the following counts.

Guilty Of High Treason By Premeditated Mass Murder For The Purpose Of Starting Illegal War’s For Base Personal Financial Gain.

There can be no other outcome to this trial than the death sentence for the bestial Bush Family Gang of cold-blooded-mass-murderers who brought shame and disgrace to America in a way none of us had previously thought possible."

Demented Bush apologist Bill O’Reilly, who had found it expedient to move aboard, predicted the trial would last two years and the Bush cabal would walk. The trial actually lasted five weeks. All ninety-six found Guilty of Unprecedented High Treason Against We The People were executed on live TV, so justice could be seen to have returned to The United States Of America.
Posted by kesler12 at 00:11 No comments: