Animorphs is a science fiction series which details the infiltration of earth by a parasitic alien species called the yeerks. They are opposed by a group of human teenagers (along with an alien named ax) who form a small but stubborn guerilla movement. They don't have access to military hardware or even weapons: What they do have is alien technology which allows them to turn into animals, sneak into guarded buildings, and spy on or attack the invaders. The fight scenes are quite gory and explicit, more like 'when animals attack' than anything else. Yeerk contollers and animorphs are frequently maimed in stunning displays of martial force and savagery. I used to read these books quite often while still in elementary school, when I was 11 to 13 years old. And when I was in high school, I would revisit books I had been unable to read (like the megamorphs). I read them mostly for the cool fights, and didn't absorb the deeper themes until I was older. Which is not altogether surprising, because these books have alot of post modern ideas that can go right over the heads of a young audience.

According to one review: 'As a whole, however, the series did not focus so much on the superficial elements of the plot, but on how their war affects and changes them. These effects and changes are what separate this series from other 'childrens' books and series. Childrens is used loosely because while the series was marketed to children, the story was far more mature than an average 9-12 year old, the target demographic, could handle, a point clearly demonstrated by the majority of reviews at Amazon.com.' This has only become clear to me now, as I have been re-reading the main sequence books (along with the chronicles) for the past year. The incredible story told in animorphs is able to hold my attention just as firmly now as it did while I was in elementary school. In all my years of reading science fiction, I've never come across a single series that is as thought provoking, entertaining, and altogether well rounded as this one. It really is a testament to sturgeons law: Most of what passes for sci fi is enough to make you gag.

It makes me sad to think of what todays kids are missing out on, a sentiment which is echoed by many other bloggers. I recently learned that a small community of ex-fans continue to talk about the animorphs books, and how their themes are still relevant today. Personally, I feel that the series was succesful enough to be used as a template for other works of science fiction. So as a result, I am going to jump into this sub-genre with both feet and add my voice to the discussion. During my read throughs, I noticed that some important questions in the books went unanswered, which has left former (and current) readers scratching their heads. Some of these questions are peripheral to the situation on earth, but still relevant to the plot at large: After all, finding an alien race to menace earth is more complicated than it sounds. Luckily though, I have intimated rational explanations for these plot holes. Rather than keeping them to myself, I will share my insights in the hopes that they can bring on a catharsis. 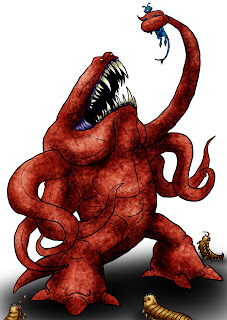 
What city did the animorphs live in?

We know that they live in south california, in a medium sized city near the coast. We know that it had a river, was bordered with national forrests, and a couple of mountains and valleys. Some have suggested their home town was santa barbara, but thats not realistic. For one, it doesn't have a core downtown area with high rises, nor does it have large suburban areas with 2 story houses. For another, santa barbara lacks a deep water harbor, coast guard station, and air national guard station. But there are two citys which have all that, and are located directly next to each other: Oxnard and ventura. The local geography is a perfect match, and so is almost everything else. [1] These citys may not have 60 story skyscrapers, a sea world, or underground trains, but remember, this is an alternate reality! The yeerks discovered earth in the early 90s, and have been interfering with the normal progression of history. Minor discrepancies in the layout of cities and such are to be expected.

Was oxnard and/or ventura the only city occupied by the yeerks?

Probably not. Although its never explicitly stated in the books, there was very likely a yeerk presence beyond just one city. When the series began in early 1996, they had already been on earth for a number of years. Depending on fast the yeerks were infesting people, they could have quickly grown to a large population. When the war ended 3 years later, most of the people in the animorphs home town had been made into controllers. The yeerks would have needed to expand into neighbouring citys just to keep things on schedule. Their civilisation was powerful enough to cross the vast distances between stars, so infiltrating a couple more citys wouldn't have been a problem. Another point in favor of this is how the animorphs were reluctant to disclose their last names, as well as what city they lived in. [2] The books themselves are implied to be their private journals, which were not meant to go public and fall into the hands of a controller. But if the yeerks had only ever infested that one city, then why would the animorphs keep their citys name a secret (even as a safety precaution)? This only makes sense if the yeerks were occupying multiple citys.

Why did the yeerks launch their infiltration in south california?

There would be many considerations for the yeerks to take into account. The requirement to take over and infest large population centers was paramount, but so too was the need for secrecy. The area around L.A.  is known for weird people and events, so the occasional explosion or UFO sighting would not arouse any suspicion. California is also the media and entertainment center of america, with many large military bases and technology centers. Subverting these to their control would allow the yeerks to rapidly spread throughout america, and then the world at large. [3] Coastal citys were preferable, since space ships could reenter the atmosphere out in the ocean where few people would notice. (This explains all the underwater bases, too) They also needed citys where massive construction projects could go unnoticed. Even yeerk pools don't exist entirely below ground, after all: They need entrance ways to the surface, where they can bring in steel beams and remove pulverised rock. Los angeles is also where visser 1 originally landed and began her infiltration, so its only natural that when yeerks began showing up in numbers, L.A. would be the staging point.

How advanced were the yeerks before being contacted by prince seerow?

Many are of the opinion that the yeerk empire was originally at a tech level equal to the industrial age, or perhaps even more primitive. This is a totally ridiculous idea. If the steam engine and coke blast furnace were the most advanced technologys possessed by the yeerks, they would never have been able to escape their homeworld and aggressively colonise the galaxy. They would instead have needed to work their way up to a higher level. With direct help from the andalites (like an academy where yeerk scientists could study at), their rate of technological progress would have accelerated. Given 2 or 3 decades, the yeerks could develop internal combustion engines, electric motors and batterys, analogue electronics, the bayer and haber processes, etc. And given 2 or 3 more decades, they could have moved on to propeller aircraft, analogue computers, composite materials, and even nuclear fission. But thats just it: Even after 40-60 years of direct assistance from seerow, the yeerks would only be at a development index equal to the atomic age! Their weapons would still be crude, their industrial base would still be crude, and their ability to travel through space almost non-existent. In order for the yeerks to have posed the threat they did (running rampant within 3 years of being contacted by the andalites), they must have been at a higher tech level from the start. Much higher, in fact. Something like the RDA government from avatar, or the lysian alliance from star trek TNG. Realistically speaking, by the time prince seerow showed up, the yeerks must have had everything except for zero-space engines and communications, advanced materials and power generation.

How large were the yeerk and andalite empires?

Not as big as most people would think. The yeerks had at least two star systems under their control, the hork-bajir system, and the taxxon system. There were a number of other species whose worlds they had conquered, as well as enclaves they set up in abandoned systems (like olgin base). The hork-bajir planet was stated to be 200 light years from the andalites homeworld, a distance which took 2 months to cross by ship. Meanwhile, the andalite homeworld was stated to be just 82 light years from earth. With that, we can conclude that most of the andalite-yeerk war had taken place inside the local bubble. That gives a good baseline on the size of both their territorys. As for population, it was implied in numerous books that conquering earth would greatly increase the yeerks numbers. Given these background details, its fair to assume the yeerks had colonised a dozen star systems, and had a billion or more personnel in their military. Thats not including the huge number of yeerks who didn't have hosts, and thus weren't fit for service. The andalites would probably be in a similar predicament, with only a fraction of their population actually serving in the military. This makes their empires far smaller than the united federation of planets. But compared to the human race, they were still huge and menacing.


[1] This will actually be a good topic for a future post: Finding locations described in the books (like the mountains or valleys), and seeing where they fit on an actual map. Theres quite a bit of geography to overview.

[3] The yeerks needed to infest a few million humans before they could abandon the infiltration, in favor of an open invasion. A force of that size could effortlessly defeat the U.S military, and whatever task force the andalites sent.
Posted by kesler12 at 23:06 2 comments: